LISTEN: The Data Centers of the Future Are Already Built, Literally 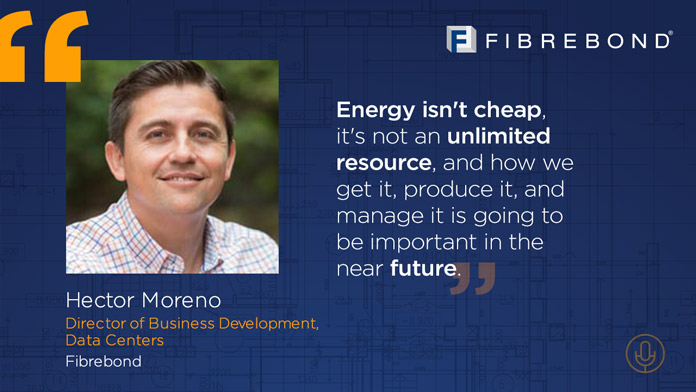 22 Jul LISTEN: The Data Centers of the Future Are Already Built, Literally

Posted at 22:32h in Podcasts by Fibrebond WebAdmin
Share

To build data centers efficiently, safely, and inexpensively, manufacturers are turning to prefabrication as an accessible, trusted, and standardized solution. Faster, cheaper, and safer are all great reasons alone to use prefab units, but sustainability is a growing issue at stake. In this episode of Building a Better Bond with Fibrebond, host Daniel Litwin spoke about the emerging discussion of data center sustainability with Hector Moreno, director of business development Data Centers for Fibrebond.

The Louisiana-based company just wrapped up at Data Center Dynamics, or DCD, in San Francisco, a show that explores the intersection of future data center needs with sustainable infrastructure.

“If you think about the sustainability of data centers, it doesn’t get a lot of play nationally but in the future it will because we consume so much energy in data centers,” Moreno said. “Energy isn’t cheap. It’s not an unlimited resource. So, how we use it and manage it will be very important.”

Tech giants and heavy data users such as Facebook, LinkedIn, and Uber were at the DCD conference to take part in the conversation. Electrical contractors who are leading the charge by investing heavily in modular prefab units attended the conference as well.

“When you see big electrical contractors—who would not typically take something out of their traditional construction builds—put it into a prefab setting, that gives you an indication this is not a novelty,” Moreno said. “It’s taking off.”

Also in this episode, Moreno breaks down his hottest takes from DCD, as well as analyzes trends in generator enclosure and prefab affecting data center construction.