LISTEN: The True Impact of Data on Manufacturing 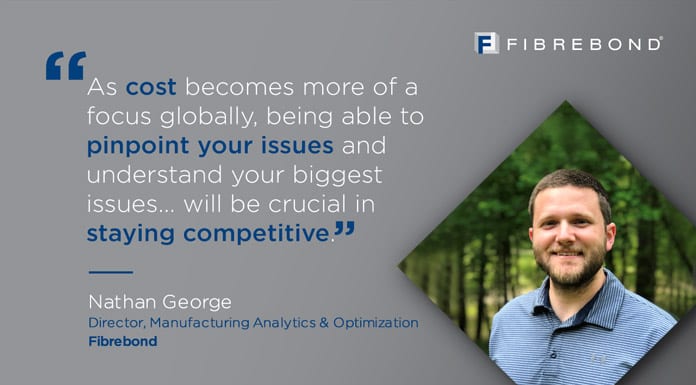 07 May LISTEN: The True Impact of Data on Manufacturing

Posted at 18:17h in Podcasts by Market Scale
Share

Data is a powerful tool for many businesses, but collecting and analyzing it to drive change can be challenging. Especially in the manufacturing industry, where machinery and software pull an array of data points, how do you take that data and turn it into wins for your company?

On today’s episode of Building a Better Bond, we’re joined by Nathan George, Director of Manufacturing Analytics & Optimization at Fibrebond.

George, although relatively new at Fibrebond, has a long history of working with data in manufacturing and using it to optimize efficiencies, which on the plant floor can be tricky. “When collecting data on the plant floor, it can’t be a burden to employees. It has to be seamless,” he said.

He also shared where many companies run into problems with data. “Usually the problems that companies run into is not gathering holistic data or not collecting data over a long enough span of time. You can’t usually understand the story without at least a month of data.”

While George has only been analyzing data at Fibrebond for a short time, he’s already made a significant impact. “First, we started with what we wanted to solve. Much of this revolves around efficiency and downtime. Downtime is obviously a huge factor for any manufacturer, but we wanted to dig deeper. We want to understand why there was downtime and how our forecast for the time needed to complete a project versus the actual time,” he said.

Analyzing the data is only half the battle; collecting it also a challenge. Fibrebond couldn’t do it with rudimentary approaches like merely jotting down notes. So, the company innovated and built an app. “We created a custom app that collects data around downtime or excess time. In about a minute, anyone can record what’s going on. Although we’ve only been using for a while, it’s already effective, and we’re continuing to educate employees, so they see the value,” George said.

Knowing what’s happening on the plant floor is an insight any manufacturer would want to have. Listen to the entire podcast to learn more about the work Fibrebond is doing and how other companies can succeed in data integration.