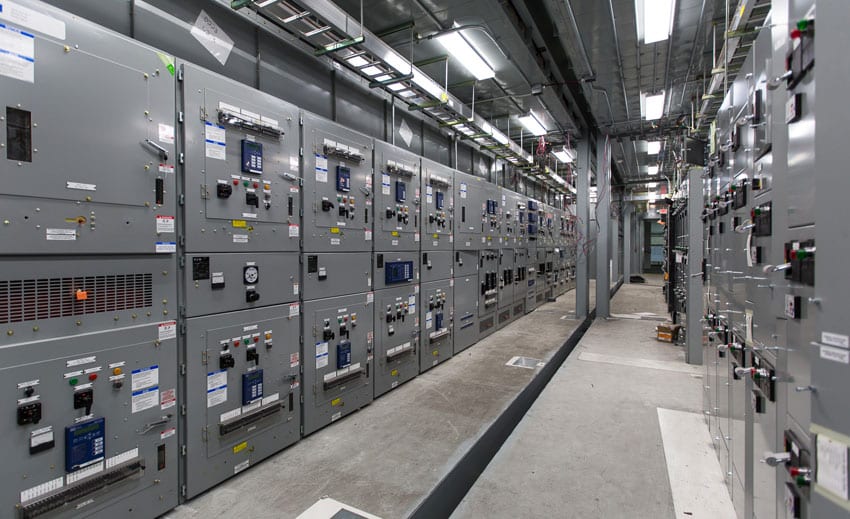 Posted at 23:51h in Blog by Fibrebond WebAdmin
Share

Fibrebond is proudly headquartered in Minden, Louisiana. For over 35 years, Fiberbond has been providing the highest quality products available for the telecommunications, power, and institutional markets. Delivering powerful solutions has been a driver behind the continued growth and success of what was once a small company. The most exciting part of Fibrebond isn’t just the products though, it’s the people! The business has become a central part of the local community and created a large amount of jobs. This is what drew Congressman Mike Johnson to tour the facilities and learn more about how Fibrebond creates a sustainable economic impact in the Webster Parish.

Congressman Mike Johnson is currently a Republican member of congress who oversees Louisana’s 4th district. He represents the nearly 760,000 residents of 15 parishes in the northwest and western regions of the state. Mike was elected to the U.S. House of Representatives on December 10, 2016, by the largest margin of victory in his region in more than 50 years. One reason for this landslide victory was Congressman Johnson’s practical focus on the benefits of small business.

Being the eldest son of a Shreveport firefighter who was critically burned and disabled in the line of duty, Mike learned early on the values of hard work, honor and sacrifice. He has a practical understanding of the challenges that small business owners face because he, like his parents and grandparents, was one himself.

Since inception, Fibrebond has swelled to over 500 employees and annual revenue of $122 million dollars. Congressman Mike Johnson and Chip Layton, Deputy Chief of Staff took a tour of the facilities lead by Kevin McCann, Danny Crawford and Patrick Caraway of Fibrebond. Congressman Johnson and Deputy Chief of Staff Layton were interested in seeing exactly what it takes to create a shelter from start to finish. How many hands go into making each product? How does the process create and keep jobs?

As they toured the powerplant, Crawford and Caraway discussed the differences between steel and concrete structures, and how the wiring is installed. The group also took time to examine the EDU building and learn about Fibrebond’s structural work. The two Fibrebond employees of the month, Hong “TT” Nguyen and Steve Hammett also met with the Congressman to share their insights on life at Fibrebond.

Danny Crawford, Patrick Caraway and Congressman Mike Johnson explored the sustainability of local bridges that directly impact the accessibility of Fibrebond. Currently the weight limit of bridges to east and west can limit the amount of product shipped, so there was discussion about the feasibility of extending Davenport Drive and therefor increasing Fibrebond’s shipping capacities.

Fibrebond has built a business on creating the best possible products, with the best possible people. It’s a part of the Fibrebond DNA to operate in a way that is sustainable and beneficial for the community. Since the expansion to the Minden site in 1984, the Fibrebond production facility has grown to over 500,000 sf. Fibrebond was proud to give Congressman Mike Johnson and Deputry Chief of Staff Chip Layton a tour and dialogue about the local community. To learn more about our production and the people behind the shelters, visit us here.