LISTEN: The Phoenix Behind the Bond with Claud Walker 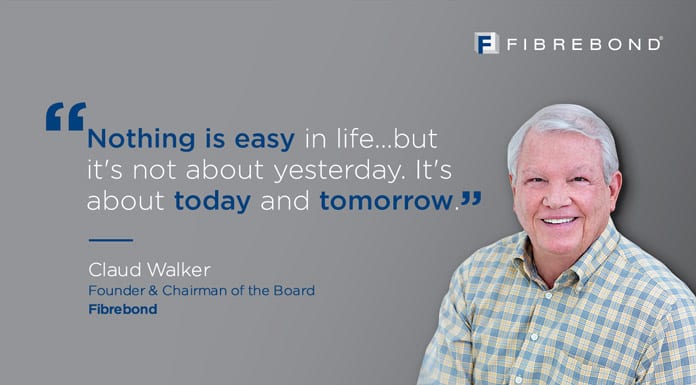 15 Mar LISTEN: The Phoenix Behind the Bond with Claud Walker

Posted at 17:22h in Podcasts by Market Scale
Share

Today on Building A Better Bond we chat with Claud Walker, Founder and Chairman of the Board of Fibrebond. Here at Fibrebond we build innovative and reliable structures that protect people and mission critical equipment, we have hired hundreds of people over the course of his career. There could not be a more aptly named business for Walker, who believes that people are everything and that the bond is the most important part of becoming successful company.

His family, in the sawmill business since 1848, migrated to Louisiana in the early 1920s because of the abundance of pine trees in the region. The Walker family has been through a lot of hardships in its almost 200 years in business, and has faced many obstacles throughout the years. It is all part of the ups and downs of work and life, according to Walker.

“You just take what the good Lord gives you and you go from there,” Walker said.

Wanting to carve his own path, Walker established Fibrebond in the mid-80s. Not long after, Fibrebond was met with its first potentially company-ending challenge. In 1999, their plant burned to the ground, and the damage was thought by many to be too much to overcome. However, Claud Walker showed up the very next day and promised that employees would not miss a single paycheck, that they would rebuild, and that they would be back better than ever.

Not only did he keep his word, but he encouraged employees to take pride in the rebuild, even convincing them to autograph the very beams that held it up.

Walker believes that it is his honor to be able to create something of value and utility, and that he had to just go for it. Finding the qualified people with the right disciplines is the most important part, and he believes that “it all starts with the people, and not the product.”

After all, the people design it, make it, and sell it– so without each person doing their job, the company wouldn’t have much. For Walker, building a better bond happens when you build a better team.